The County of Annapolis and Parks Canada have partnered to present the Port Royal Family Fun Festival Saturday, September 12th at Port-Royal National Historic Site; a festival that gives visitors an opportunity to learn about the significance of Port-Royal while enjoying an afternoon of entertainment.

First built in 1605, the original Habitation at Port Royal survived for eight years until 1613 when Samuel Argall of Virginia, commissioned to expel all Frenchmen from territory claimed by England, attacked and destroyed the colony. The Canadian government rebuilt the Habitation at Port Royal in 1939-40 after much lobbying and research by several dedicated preservationists. It is the first Government of Canada reconstruction site and a landmark in Canada’s preservation movement, and was officially opened to the public on July 4, 1941.

On Saturday September 12th visitors are invited to come, explore and enjoy the Port-Royal Habitation and its grounds. From 1-4pm, learn the story of Port-Royal through presentations by heritage leaders, Mi’kmaq performers and local musicians. Visitors are encouraged to bring a percussion instrument, a lawn chair and a picnic! Entry is pre-paid courtesy of the Municipality of the County of Annapolis. In the event of rain the entertainment will be held at the Lower Granville Community Hall (3551 Granville Rd., Port Royal). 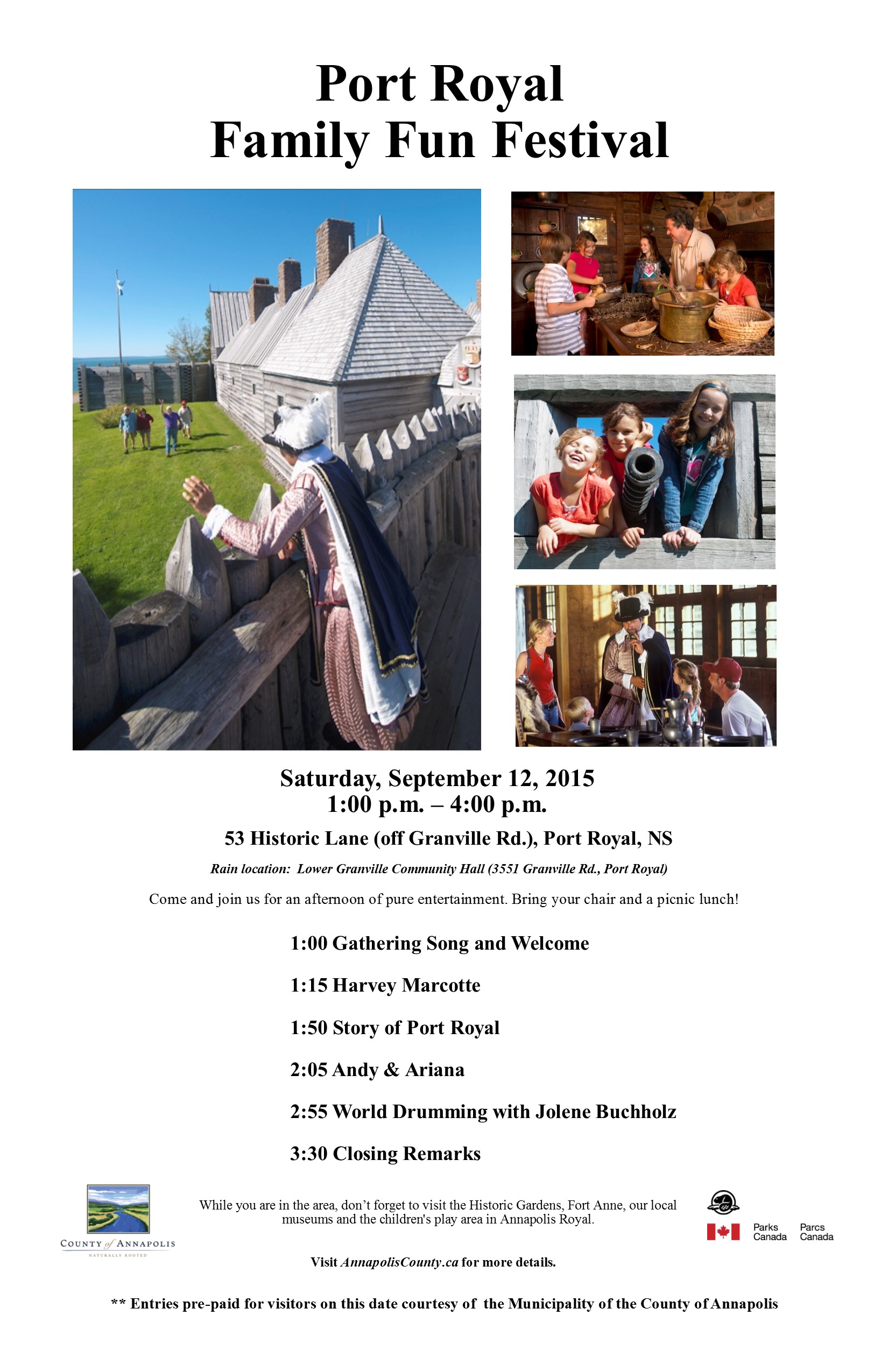